I didn’t get lost or manage to find myself. Success? Yes!

So I left Durban a fortnight ago now knowing it was 6 days until my next game, Switzerland V Honduras in Bloemfontein. I had a something booked for Bloem from Wednesday onward but had 3 nights in between to try keep myself amused. 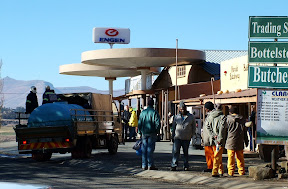 The only photo I remembered to take in Clarens. Ooops.

So with time to kill and a huge part of a continent to see, I set out for tiny town of Clarens which is a town about 5 hours inland of Durban just before you turn the corner west for Free State. The drive was fantabulous, passing through the edges of the Drakensberg mountain range, featuring some of the most stunning scenery Iâ€™ve ever had to avoid looking at for fear of crashing. As you leave the coast you really feel the landscape changing quite dramatically with big rugged mountain peaks springing up from the flat plains that surround Durban.

Anyway, I ended up having to stay in a big impersonal hotel in Clarens, The Protea. It charged R50 (â‚¬5) for half an hour of internet access but my bed came with 6 pillows. Hmmm. Iâ€™d rather have free wifi and sleep on the floor…

From the little mountain village of Clarens, the red Kia Picanto and I set off west into the province of Free State. Up until 1994 it was called The Orange Free State, and still shows a lot of the social divisions that would have existed during the Apartheid Era. This is particularly evident in any restaurant you go to. Typically the restaurant manager is white, all the waiting staff are black, and are serving tables that have a distinctive black or white group. While there are no longer signs saying â€œColoured onlyâ€ or â€œEuropean areaâ€, but it wasnâ€™t until I got to the younger university town of Bloemfontein that I finally saw a racially mixed group dining together.

Anyways, I actually drove right across all the sparse farmland of Free State to Kimberley, which is on the very eastern edge of the province of the Northern Cape. If you look at a map of South Africa you always see this huge section in the north-east of the country with nothing marked in it. This is not a printing error. This is the wild untamed Northern Cape! And I can happily report that there is indeed nothing there.Â A guy I befriended in a pub told me thereâ€™s an old saying about the area that if you invite your neighbour over for dinner, youâ€™ll see him leaving his farm over the horizon at breakfast time. I always thought that phrase was about the American mid-west or Australia outback, but hey itâ€™s applicable here too so I wasnâ€™t going to start a fight. To spice up this, I think we’ll have some bullet points…

Some facts about Kimberley:

So yeah, one hundred years ago this was the place to be. To give a little background… Kimberley was formed when some kids found a shiny looking stone in a river. Turned out to be a diamond. And next thing you know you have an entire town built around a mining community. These smart European entrepreneurs got lots of black slaves to dig a hole which you now visit. Itâ€™s the biggest hand-excavated hole in the entire world and was pretty damn cool. But ultimately, like the town, itâ€™s really just a hole.

Outside of the big hole and accompanying recreated Victorian town thing they’ve got going on around The Big Hole, the accommodation in Kimberley is what interested me most. Having stayed in hostels, hotels, apartments and houses I decided to get my checklist out and tick off B&B [TICK] and Country Farm [TICK]! The B&B was just like what youâ€™d get at home, but the farm was a right old laugh. They had antelopes, warthogs, horses and geese and a whole load of old machinery and Victorian bits and bobs which were great. You could even take a bit of a mini-safari hike around the land which I happily did before it got dark. It was great and brilliant for a change. It was also the first time Iâ€™ve experienced complete darkness and silence in a very long time. I was half-expecting some Bafana Bafana fan in over-sized glasses and builderâ€™s hat to pop out from behind a bush with a vuvuzela ruining the moment. 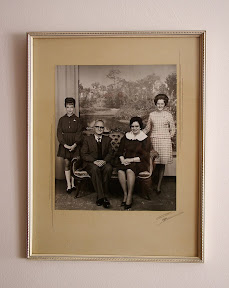 After Kimberley, came Bloemfontein, a â€œbuzzingâ€, â€œvibrantâ€ student town. When I went to look for a hostel here, I thought Iâ€™d spelt the townâ€™s name wrong or something as there was literally nothing showing up. So i used iStopover again, which set me up with the most uncomfortable 3 nights in my trip so far. The proprietor, a â€œman who likes to drinkâ€ named Glen had basically turned his house into a makeshift B&B for the duration of the World Cup. Now that sounds like noble behaviour, but when all six original inhabitants of the house decide to stay living there by moving into one bedroom then things get weird.

When I arrived the grandmother was asleep in her chair by the window in the sitting room. From what I can work out I was staying in her and her husbandâ€™s room. There was minimal effort made to hide this fact as their was a wedding photo above the bed along with some old medication and other elderly person bits and bobs. I half expected to find a pair of false-teeth under the pillow but luckily this didn’t transpire. The maid was black and practically unacknowledged and just observing this ingrained social structure at play leaves a pretty sickly feeling. On the last night, the host even came into my room a little drunk and revealed he hated Â soccer and real men player rugby. Thanks for that Glen!

By coincidence I read a brilliant article by David Smith just yesterday on Bloemfontein on the Guardian’s website, “TheÂ discomfortingÂ subplot to the World Cup’s rainbow nation narrative“. Gives an interesting perspective from a journalist living here the whole time away from the sheltered euphoria that most footballÂ correspondents are conveying in their reports. Oh look more bullet points… 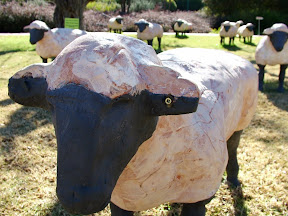 There’s not a whole lot to be done there, but I did happen upon one of the finest modern art museums I’ve seen, theÂ Oliewenhuis. It’s not very big but whoever the curator is has done a great job maximising what they’ve got. I won’t go through everything as there’s too much to recall. Some highlights included a brilliant map of Zimbabwe woven together from shredded dollar bills, a sheep sculpture garden and fantastic grounds where I just sat and read for 3 hours after the tour.

I also visited a zoo. Which, in a country so famous for huge nature parks, was a little unsettling. Considering I’ve seen so many animals in their natural habitat while here, it was a bit crap to see the lions in a 20mx30m enclosure bored out of their trees. (I know lions don’t live in trees). Ditto for the elephants… I guess it did allow for some great close-up photos, but I’d still rather the excitement of quick sighting in a 630 square miles nature reserve. But hey I’m the goonie who splashed 40ZAR on it…

Finally, I guess the only other thing of note I did while here was check out a 3d screening of a World Cup game. I’ve been ever so slightly sceptical of all things 3D when it comes to live football, but I guess it was a bit of a novelty so I went and paid my 100ZAR and sat down to watch Germany V Ghana. 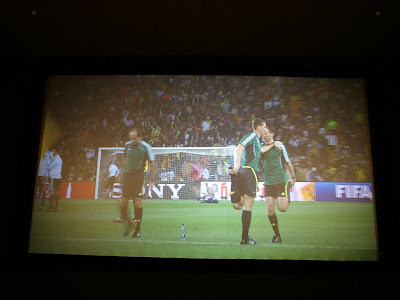 WOW, it's like the refs are warming up ON MY FACE!

The first thing I noticed is the lack of cameras they have to use. This is an obvious side-effect of the fact that you are only seeing the feed from whatever cameras at the stadium are equipped to handle 3D with the two special lenses and all that. This means you end up with maybe 4 cameras, which for a guy who has watched quite a lot of League of Ireland games on the TV is a lot, but in this world cup where we’re used to multiple replays from up to 30 different cameras it’s a strange experience. But the 3D does bring some moments to life and makes for quite an immersive experience. Though I will add I had no idea what to do at half-time. So I did what I would do at a normal football match and went for a wee. But not before taking off the glasses of course…

This entry was posted in Bloemfontein, Photos, South Africa. Bookmark the permalink.
https://www.theloadguru.com/what-is-xdr/